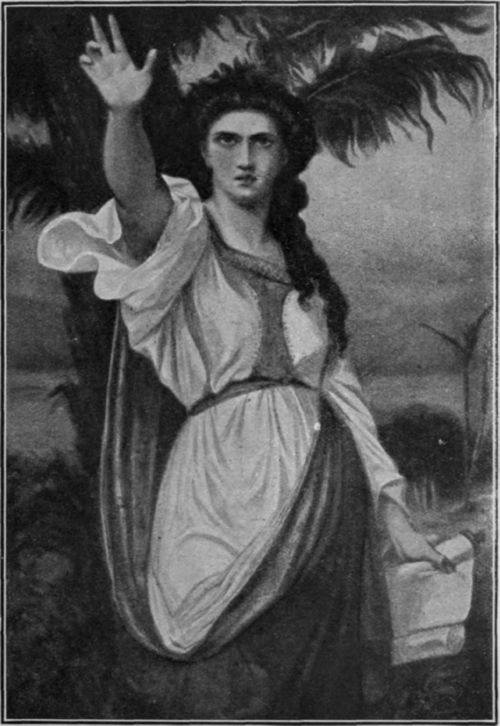 “Women should learn quietly and submissively. I do not let women teach men or have authority over them. Let them listen quietly. For God made Adam first, and afterward he made Eve. And it was not Adam who was deceived by Satan. The woman was deceived, and sin was the result. But women will be saved through childbearing, assuming they continue to live in faith, love, holiness, and modesty.”

Not too long ago, I saw a shirt that immediately caught my attention. It had the severed head of a bull with a menacing look and bloody horns! Sounds disgusting and morbid, unless you are fan of the Chicago Bulls. In that case, you recognize it as your team’s logo. Context matters. You might assume all kinds of things if you are not aware of cultural background. Imagine how crazy Halloween would seem to an unaware immigrant, as small children invade their neighborhood dressed like zombies and extorting residents for sugar. Understanding social context is one of the most invaluable tools for the interpreter of scripture!

Unfortunately, in today’s climate of “consumer” church, the application “What does it mean/ can it do for me” is the primary question being asked. Preachers and teachers have become more enamored with getting people to see how the scriptures are relevant to the lives of people, than understanding they actually say. What good is application if what we are applying is incorrect? Duct tape is really easy to “apply” to almost anything, but if applied to my mouth and nose I would die! It was not meant to be used for that purpose. In the same way, before we apply the scriptures we must seek to understand their meaning. Meaning should always dictate usage. Especially in the case of 1 Tim 2, we have often boldly proclaimed a definitive application, denying women the ability to teach men, before we have adequately understood the passage.

So, before we jump to application, we must understand the context and meaning of Paul’s letter to Timothy at Ephesus. The primary deity of Ephesus was Artemis who was depicted as a woman. She was worshipped as the goddess of fertility, and childbirth as the mother of all life. In stark contrast to Jewish culture, which was patriarchal, Ephesus was almost Amazonian (a reference to Amazon culture of female dominance, not online shopping.) The temple of Artemis’ cult was the central feature in the city of Ephesus, with its priests and prophets all being female. This was such an integral part of the commerce and lifestyle of the Ephesians, that when they converted to Christianity, many had a hard time not simply assimilating old beliefs into their newfound faith in Christ. This was especially difficult for the women who were accustomed to holding the prominent positions of leadership. They lacked education in the ways of Christ, but were still looked upon as leaders.

It makes sense then, that Paul in in the first chapter of his letter to Timothy would address the problem of false doctrine and folks arguing over spiritual pedigree. He chastises those who speak like they know the scriptures but are clueless, and loveless! Just like today, so often it was the most charismatic, not the most qualified who held the attention of the masses. It is with this in mind, Paul commands the women in the church at Ephesus to listen, learn, and submit to church authority. He even directly confronts the issues of false doctrine pertaining to the cult of Artemis! Notice he says in 1 Timothy 2:5, “For there is only one God and one Mediator who can reconcile God and humanity—the man Christ Jesus,” contradicting any belief that Artemis “the woman,” could be assimilated into Christianity as a co-savior. Verses 13-15 also directly confront Artemis as “mother” of all, and protector of childbearing.

“For God made Adam first, and afterward he made Eve. And it was not Adam who was deceived by Satan. The woman was deceived, and sin was the result. But women will be saved through childbearing, assuming they continue to live in faith, love, holiness, and modesty.”

This was not an affront to women; this was a direct attack on the cult of Artemis! Paul was explaining to them that the denial of Artemis would not endanger childbirth. Obviously, Paul would not teach childbearing as a means of salvation! It makes far more sense to assume he is referring to physical safety rather than spiritual regeneration. Artemis is not the protector of women in childbirth, Jesus is. I encourage you to do some research on your own. There are volumes written on this passage and the cultural background at Ephesus.

In light of both cultural and scriptural context, we must then ask ourselves, how likely is it that Paul would use one letter to a specific church to set universal church doctrine for all churches everywhere, while not addressing it in any other epistle? In order to believe this, we must also explain a dozen other texts, which either explicitly or at least possibly affirm women who taught men. It is much more probable that Paul is forbidding women teachers in Ephesus, that they would LEARN before teaching men or anyone else! In the final post, we will discuss the blessing of women teachers in the Church.